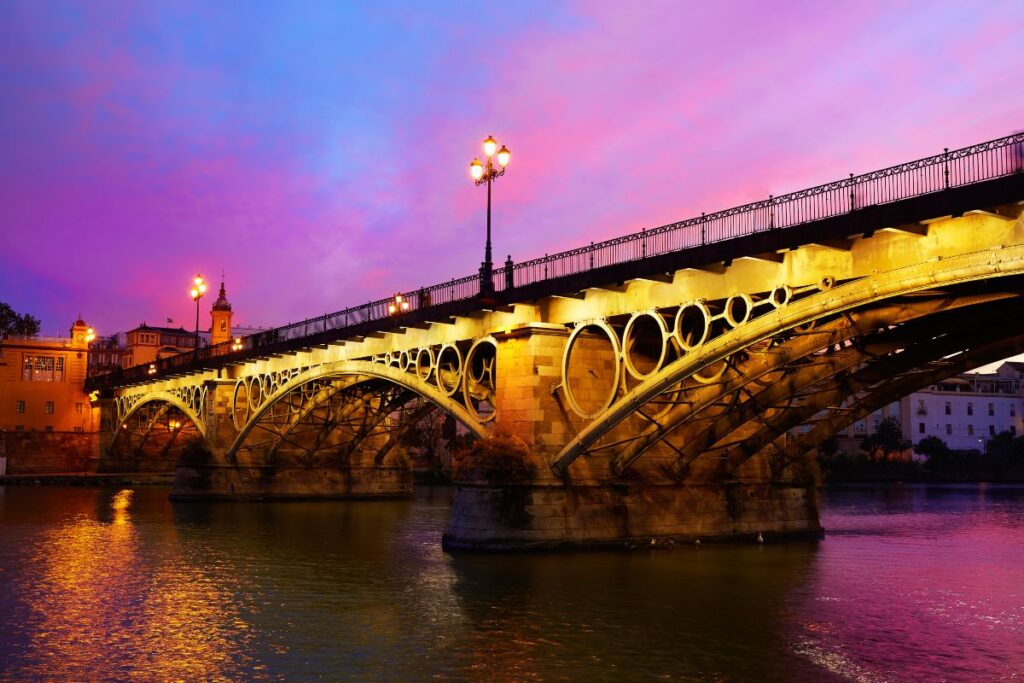 Everything is included in the rate.

Book as soon as possible to guarantee availability, especially on High Season (Spring and Autumn)

Reservations are allowed up to 24 hours before the service (local time) as long as there are tickets available to access the visit of the monuments.

If you still have more questions, you can consult our frequently asked questions section. If you have any booking problems or need a different service, contact us.

Yes (It is suitable for people with reduced mobility).

The visit begins at the Torre del Oro where we will contextualize the Guadalquivir River and its importance in the history of the city. Then we cross the San Telmo bridge arriving at Triana.

During the visit we talk about the history of Triana and its relationship with Seville and the river. On the other hand, we will put a lot of emphasis on explaining the link of this area with Flamenco and the Spanish Inquisition. We finished the visit in the Alley of the Inquisition.

Price of the guided tour:

Triana is one of the most popular neighborhoods in Seville, the most renowned. Its history is as old as that of the Sevillian city center, so its historical importance is quite relevant.

The great suburb of Seville, the one that was located on the other side of the river, was home to many communities such as the gypsy one.

In Triana we could find the Headquarters of the Inquisition in Seville, so imagine how feared this area was. ‘El Castillo de San Jorge’ was the name of the castle where the Holy Office ‘managed’ the correct christian manners of citizens in the city. It was right next to the Puente de Barcas, the only bridge that connected Triana with Seville.

Triana was one of the places where Flamenco was born, so during the visit we will talk about the history of this cultural expression declared World Heritage by UNESCO.